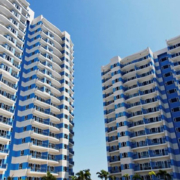 The decision reached in a recent appellate court opinion out of Martin County holds that a homestead tax exemption survives the death of a spouse.

In the case of Kelly and Pietruszewski (Martin County Property Appraiser and Tax Collector) v. Spain, rendered by the 4th District Court of Appeals on Feb. 25, 2015, the Appellate Court agreed with the Trial Court and found that a homestead exemption originally obtained by a husband alone inured to his wife’s benefit after his death, where the property was held as a tenancy by the entireties, the wife never filed for her own homestead exemption and the wife continuously maintained her permanent residence on the property before and after her husband’s death.

In 1985, Frank Spain applied for and received a homestead exemption for the house he owned in his own name on South Beach Road in Hobe Sound. Later that year, he married Mary Jane Spain. The couple then resided at the house as their primary residence for the remainder of their marriage. In 2000, Frank conveyed the house via warranty deed to himself and Mary Jane, as tenants by the entireties.

From 2007 to 2011, the Martin County Property Appraiser continued to apply the homestead exemption’s tax benefit and the “Save Our Homes” assessment cap to the home. Both the property appraiser and the tax collector sent their respective notices of proposed taxes and tax notices to: Frank K. Spain and Mary Jane Spain.

In May 2012, the property appraiser first learned of Frank’s death from the filing of an Order of Summary Administration. In July 2012, the property appraiser sent Mary Jane a letter informing her that a $283,070.45 tax lien had been placed on her home based upon the total taxes supposedly erroneously exempted from 2007 through 2011, including a 50 percent penalty and 15 percent interest per year.

A compliance officer in the property appraiser’s office explained that, because Mr. Spain was the only owner who filed an application for the homestead exemption, the exemption should have ended as of December 31, 2006 as a result of his death in April 2006.

Mary Jane paid the tax lien under protest and then sued the tax appraiser and collector asking the court to find that she was entitled to the benefit of the homestead exemption and “Save our Homes” limitations and to order the tax collector to refund her the $283,070.45.

The tax appraiser and collector’s position was that Mary Jane waived the homestead exemption benefits from 2007 through 2011 by failing to file a homestead application in her name and that when co-owner Frank died there was a change in ownership requiring Mary Jane to notify the Martin County Property Appraiser of that fact and by not doing so, the tax collectors lien was valid.

The trial court ruled in favor of Mary Jane and ordered the tax collector to refund her $283,070.45, with interest.

In reviewing the case, the 4th District Court of Appeals Court utilized statutory construction principals that if the constitutional language is clear there are no other tools of construction needed. However, if the language is ambiguous or does not address the exact issue before the court, the court must endeavor to construe the constitutional provisions in a manner consistent with the intent of the framers and the voters.

In citing to previous case, the court said that “The goal of homestead has remained stable: To protect the family. Homestead promotes the stability and welfare of the state by securing to the householder a home, so that the homeowner and his or her heirs may live beyond the reach of financial misfortune.”

“Save Our Homes” assessment caps interlocks and goes along with the homestead exemption. The “Save Our Homes” amendments implementing statute specifically provides that there is no change in ownership when there is a transfer of homestead property to one spouse upon the death of the other. Therefore, Mary Jane was entitled to continue to enjoy the homestead exemption because she continued to occupy the home as her primary residence.

Strengthening the argument that there was not a change in ownership or use in this case was the fact that the Spains owned the in tenancy by the entireties.

“In a tenancy by entireties, the husband and wife hold the property ‘per tout’ such that both are treated as one person and neither spouse can see, forfeit, or encumber any part of the estate without the consent of the other.”

When one of the tenants by the entirety dies, the surviving tenant receives no greater estate than the survivor already possessed. It is just that the interest of the deceased tenant ceases.

The court concluded by stating that: “It is a great injustice to take a surviving spouse who, after her husband’s death, continues to properly enjoy the homestead classification and treat her as a scofflaw by imposing a 50 percent penalty of the taxes exempted plus 15 percent interest on what is purportedly owed.”

Rob Samouce, a principal attorney in the Naples law firm of Samouce & Gal, P.A., concentrates his practice in the areas of community associations including condominium, cooperative and homeowners’ associations, real estate transactions, closings and related mortgage law, general business law, estate planning, construction defect litigation and general civil litigation. This column is not based on specific legal advice to anyone and is based on principles subject to change from time to time. Those persons interested in specific legal advice on topics discussed in this column should consult competent legal counsel.