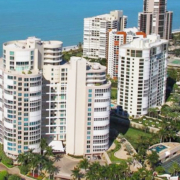 With the return of snowbirds in season, we start getting phone calls from associations telling us some condominium unit owners are complaining about the conduct of their neighbors and they want the association to do something about it. The complaints are usually about either noise or smoke emanating from a neighboring unit or unit lanai. The owner complaining usually wants the association to get their neighbor to quit smoking or quit creating noise.

Under the general theories of nuisance law in Florida, the law will protect a “reasonable man” from things that are unreasonably bothering him. However, the law will not protect a “supersensitive” person from others’ conduct that is bothering him but would not otherwise bother the reasonable man. Some people are supersensitive or allergic to smoke, or mold, or light, or peanuts, or cats or noise, or pesticides. When supersensitive persons have such conditions, some may think that the non-sensitive persons living around them must legally accommodate their sensitivity conditions.This is not the case.

Condominium associations must enforce nuisance provisions in their documents when an actual legal nuisance arises. However, it is not required to, nor should it enforce, that which is considered a nuisance only to supersensitive people.

If an association receives a noise complaint from a unit owner that the neighbor above is being too loud and keeping the owner up at night, before the association can do anything for that owner, it must make an independent determination as to whether the noise emanating from the unit above does in fact rise to the level of a nuisance that would affect the “reasonable man.” There are all kinds of noises in condominium buildings that many unit owners must put up with as normal building noises and the law says there is nothing wrong with such noises as they are part of building living.

In such a noise complaint case, the association should tell the owner, who is complaining, that before it can take any action it needs to make an independent determination as to whether the noise complained of would be considered an actionable nuisance to a reasonable person. In order to make such a determination, the association will have to have representatives “camp out” in the owners unit so that the representatives can listen to the noises complained of and determine if they find them unreasonable.

For those owners, who do allow the association to camp out, if the representatives listen and believe the noises are normal building noises that many have to put up with and would not therefore be considered a nuisance to the reasonable man, then the association can do nothing further for the owner.

If the representatives believe the noises are unreasonable and a nuisance, then the association would send a letter to the neighbor and tell them to abate the noise and if they do not, then the association will bring legal action against the neighbor by first bringing a mandatory arbitration action with the State of Florida in Tallahassee. Such a State arbitration action can take up to six (6) months or longer. Thus, it may be a long time before any relief to the complaining owners as the arbitrator could send the matter to mediation and then either party can appeal whatever finding of the arbitrator in the local courts.

Therefore, when it’s a neighbor v. neighbor nuisance action, it is usually much quicker for the complaining owner to just go after their neighbor legally in the local courts on their own. Even if the owner decides to go after his neighbor on his own, the owner must still realize that if he is supersensitive, there is a good chance he will lose in court as the nuisance laws generally protect the reasonable person and not the supersensitive.

When it comes to smoking, a building can always amend it declaration of condominium to go to a non-smoking building if the requisite vote of the members to amend the declaration is obtained. You might have to grandfather current smokers in the building to get the required vote.

Rob Samouce, a principal attorney in the Naples law firm of Samouce & Gal, P.A., concentrates his practice in the areas of community associations including condominium, cooperative and homeowners’ associations, real estate transactions, closings and related mortgage law, general business law, estate planning, construction defect litigation and general civil litigation. This column is not based on specific legal advice to anyone and is based on principles subject to change from time to time. Those persons interested in specific legal advice on topics discussed in this column should consult competent legal counsel.